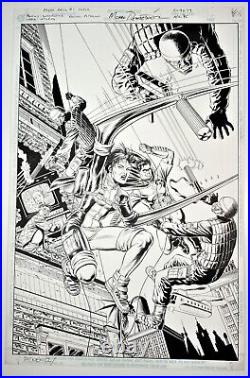 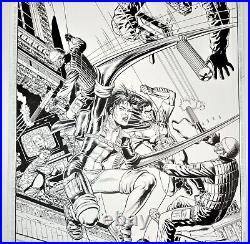 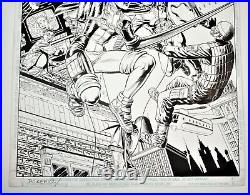 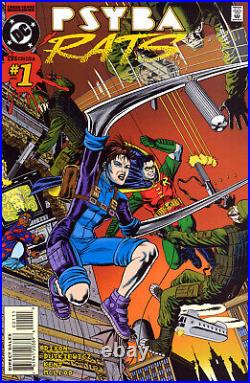 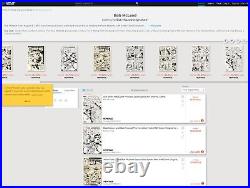 ORIGINAL COMIC COVER ART. Exclusive Bazaar of the Popzarre sale. Featuring Robin (Timothy Drake), this stunning original cover art from Issue #1 of DC’s Psyba-Rats limited series has never previously been available for sale to the public. Pencils by acclaimed Australian comic and pin-up artist, Michal Dutkiewicz (Wolverine, Lost In Space, Catwoman), and Inks by the legendary American comic artist, Bob McLeod (Co-creator of the New Mutants). This is a rare opportunity to add a wonderful piece of comic history to your collection. Michal Dutkiewicz’s original comic art from his days at DC and Marvel are almost impossible to find in the wild, which only adds to the genuine’one-of-a-kind’ collectability of this gorgeous Issue #1 cover. The page is signed by Michal Dutkiewicz, and is in very good condition. The Psyba-Rats limited-series was published in 1995. The original Psyba-Rats were a teenage techno thieves group based out of Gotham City: Raelene Sharp (aka Razorsharp), Reginald Hackman (aka Hackrat), Carter Channel (aka Channelman), Cullen Thrane (aka Output), and Michael Wasko (aka Mega-Biter). Psyba-Rats (Team) – Comic Vine (gamespot. Com). This item is in the category “Books, Comics & Magazines\Comic Books & Memorabilia\Original Comic Art”. The seller is “kysantate” and is located in this country: AU. This item can be shipped worldwide.